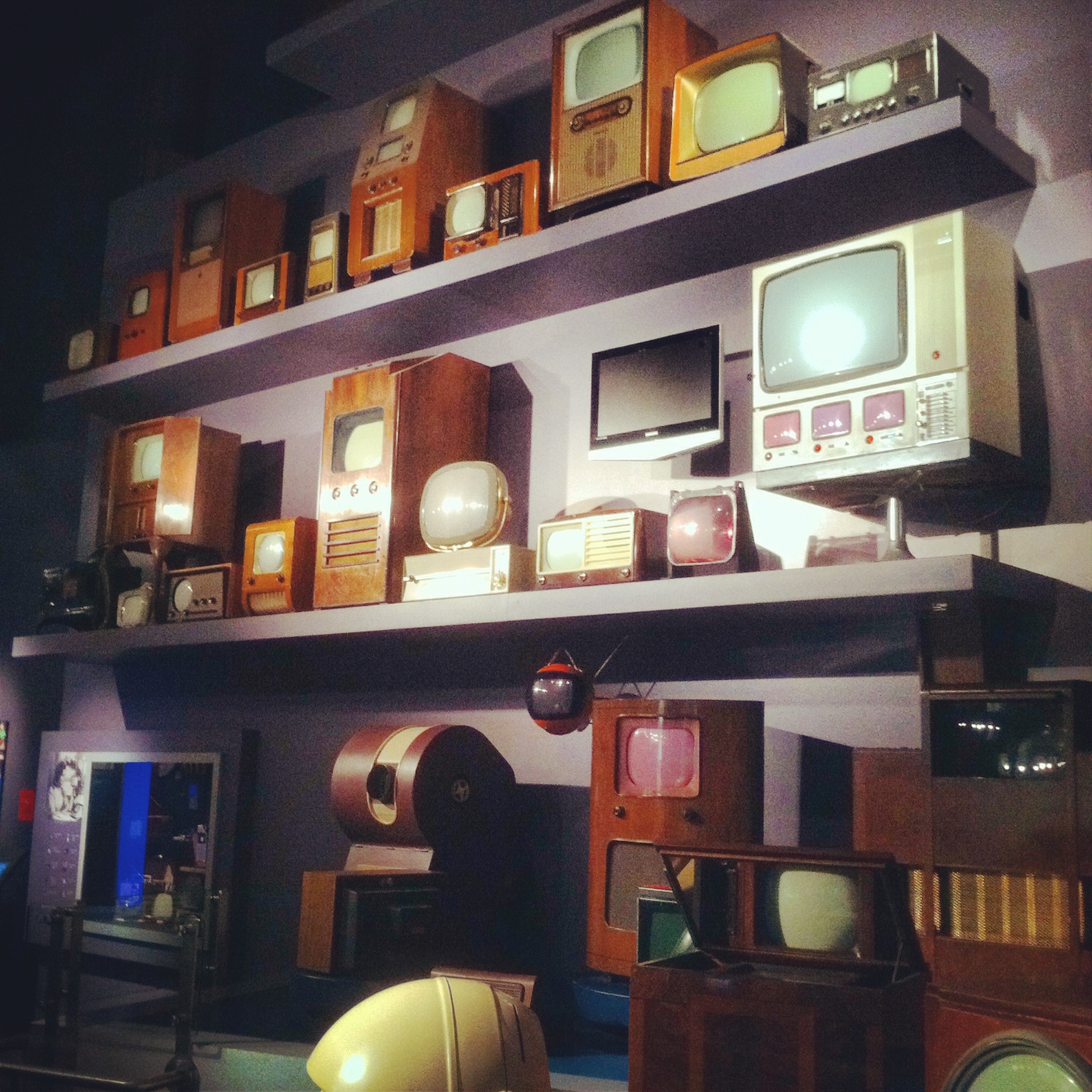 This Friday I went with a couple of friends to the National Media Museum. It is just a few minutes walk from where I am living, and it is free! It is a huge museum so I will have to go back at some point. On Friday we were only able to view about 1/3 of the museum. 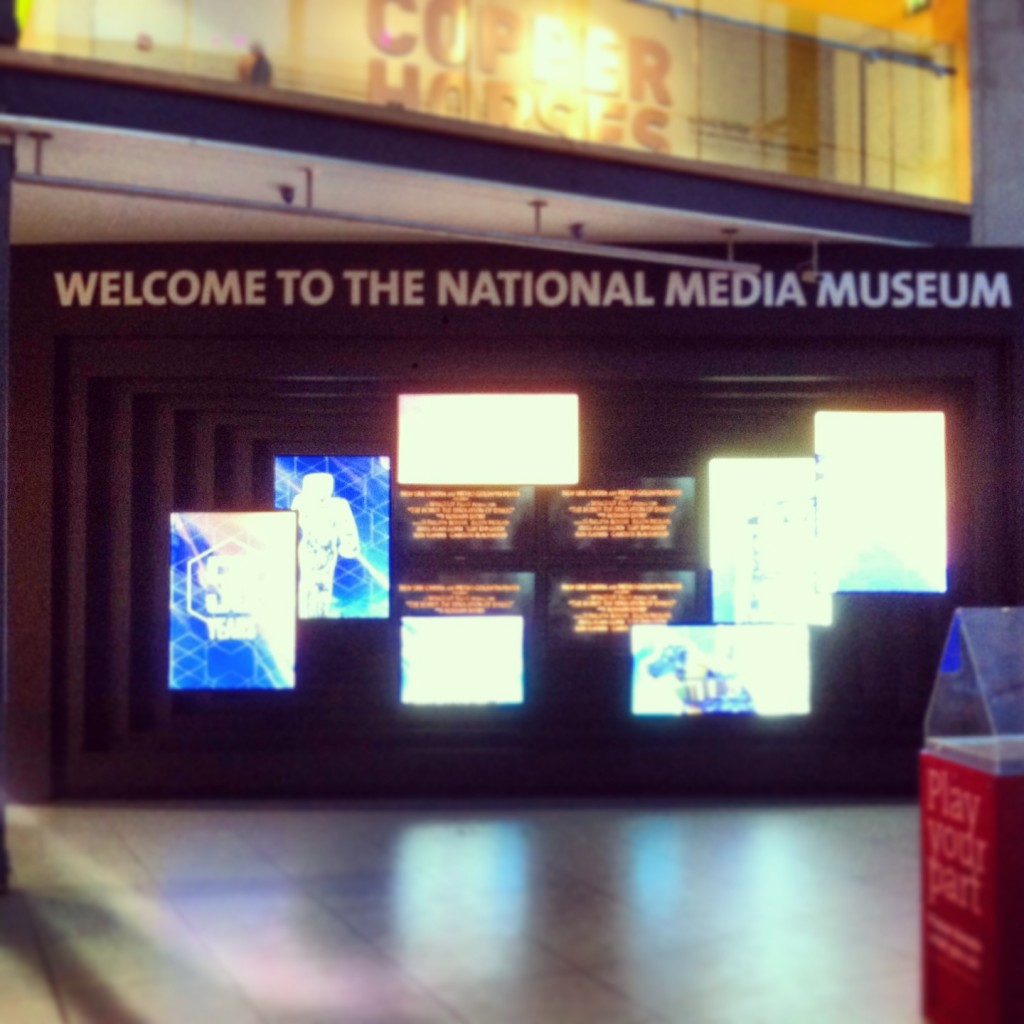 The first exhibit we visited was the computer/technology exhibit. It showed a progression of computers and the internet.

Here are the “founding fathers” of the internet. I just want to point out how many of these guys were from the USA. Notice the American flags! 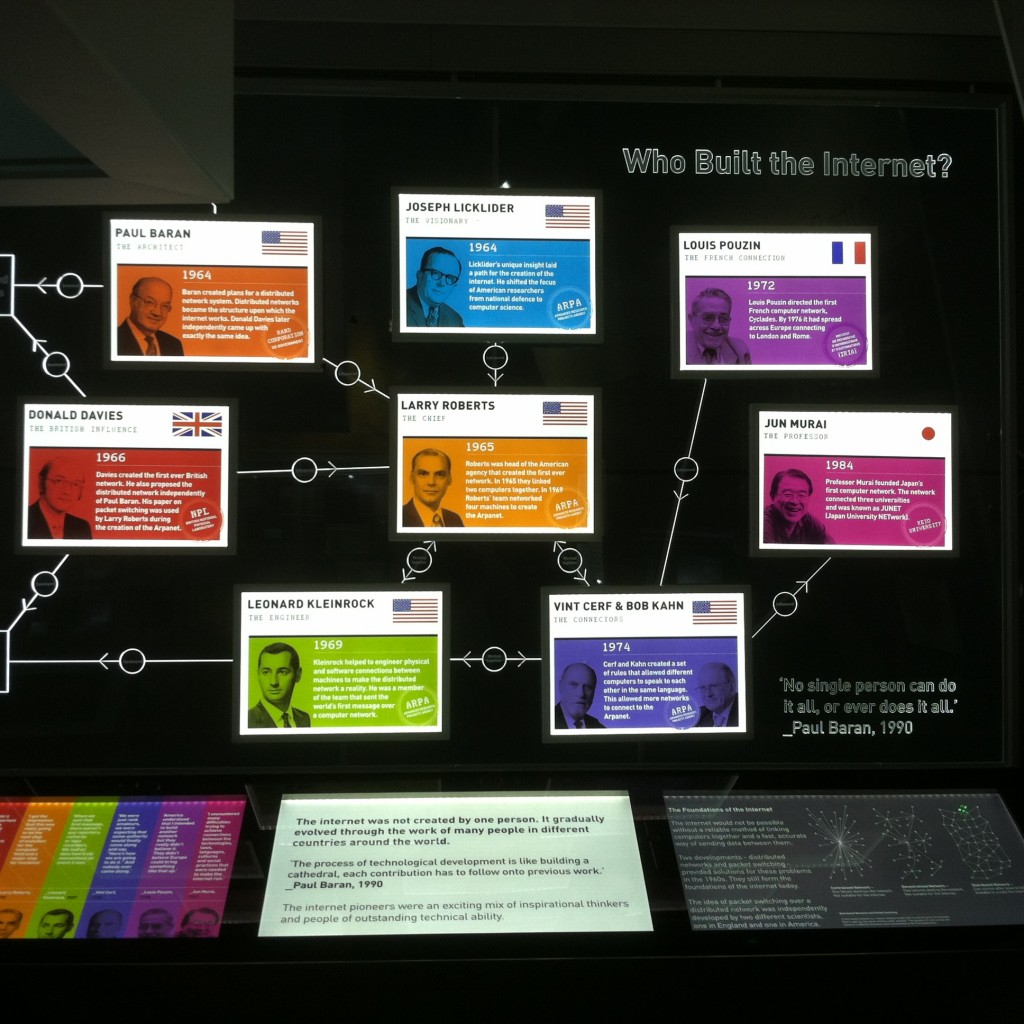 Also, I really enjoyed the progession of technology bit. It was under pexi glass floor. I hope this doesn’t make any of you feel too old, but here is the history of computing. 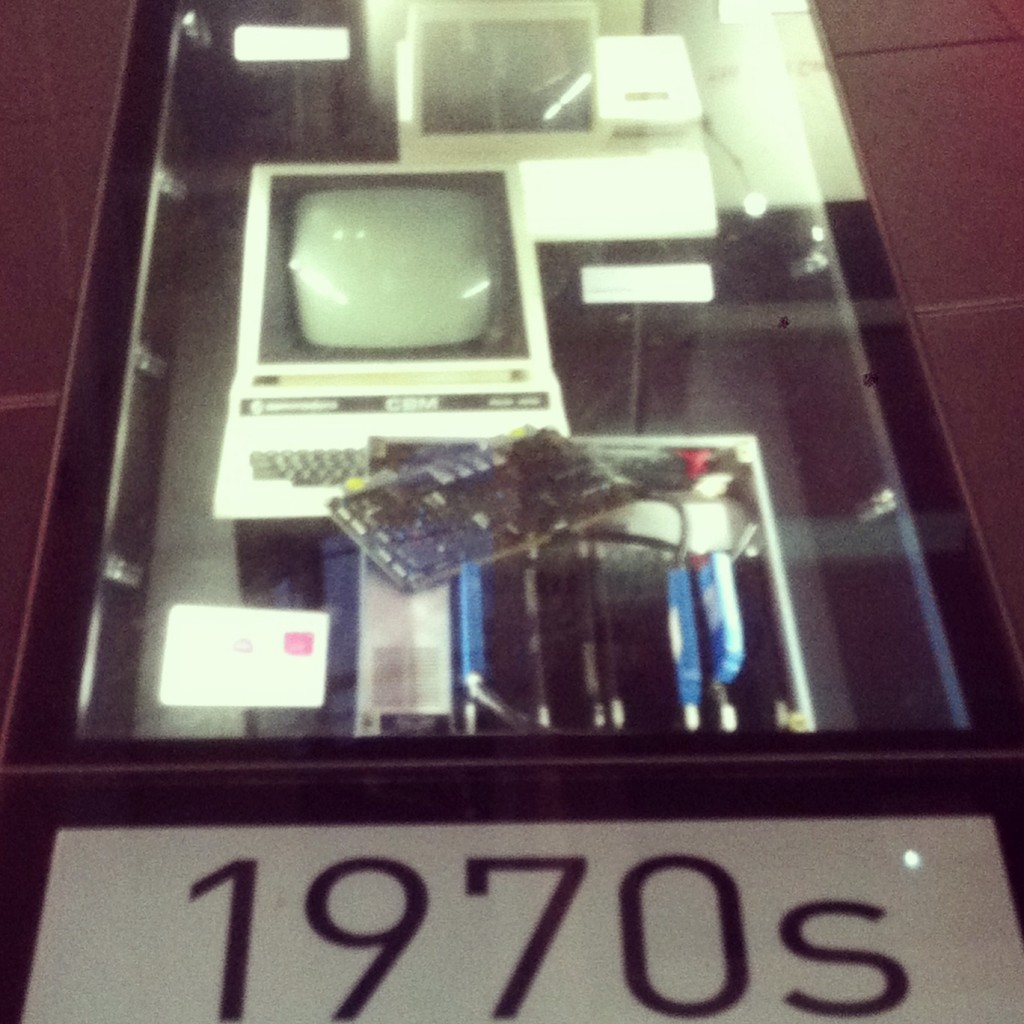 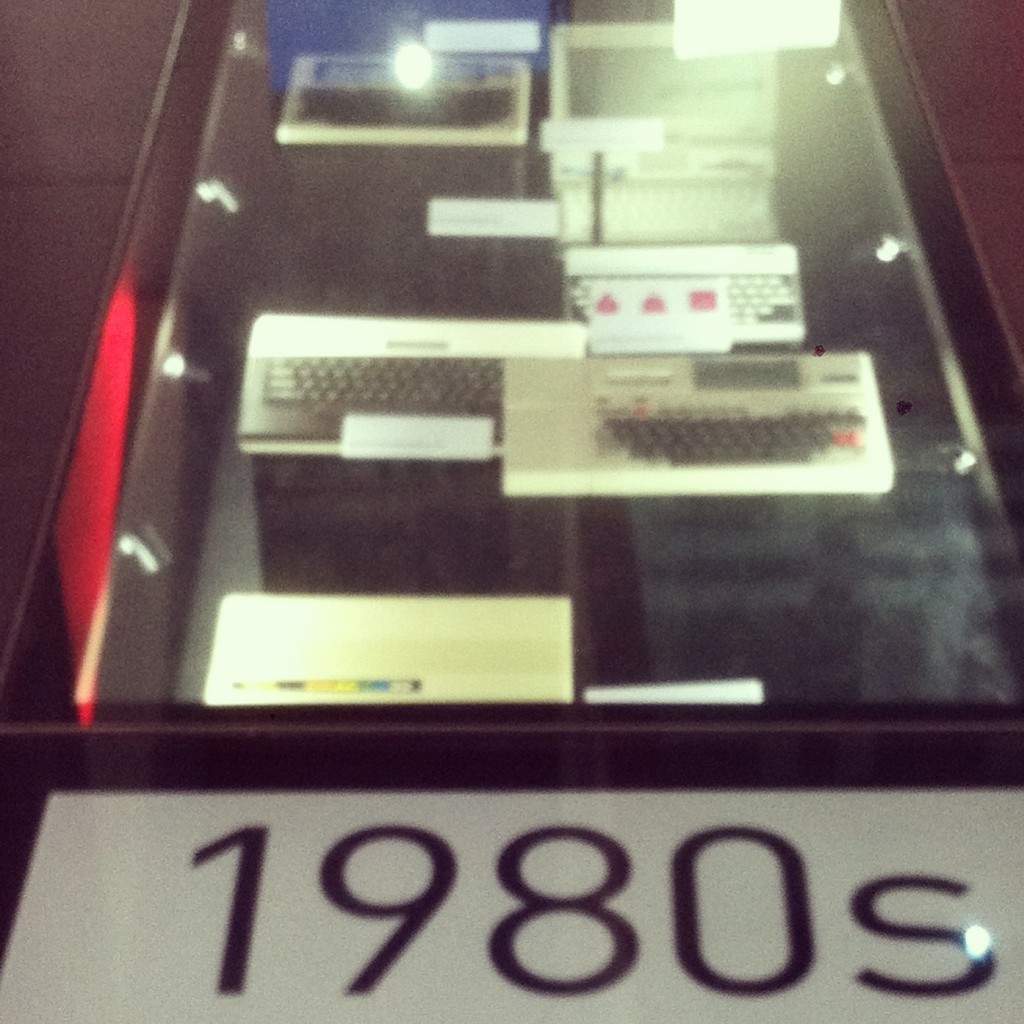 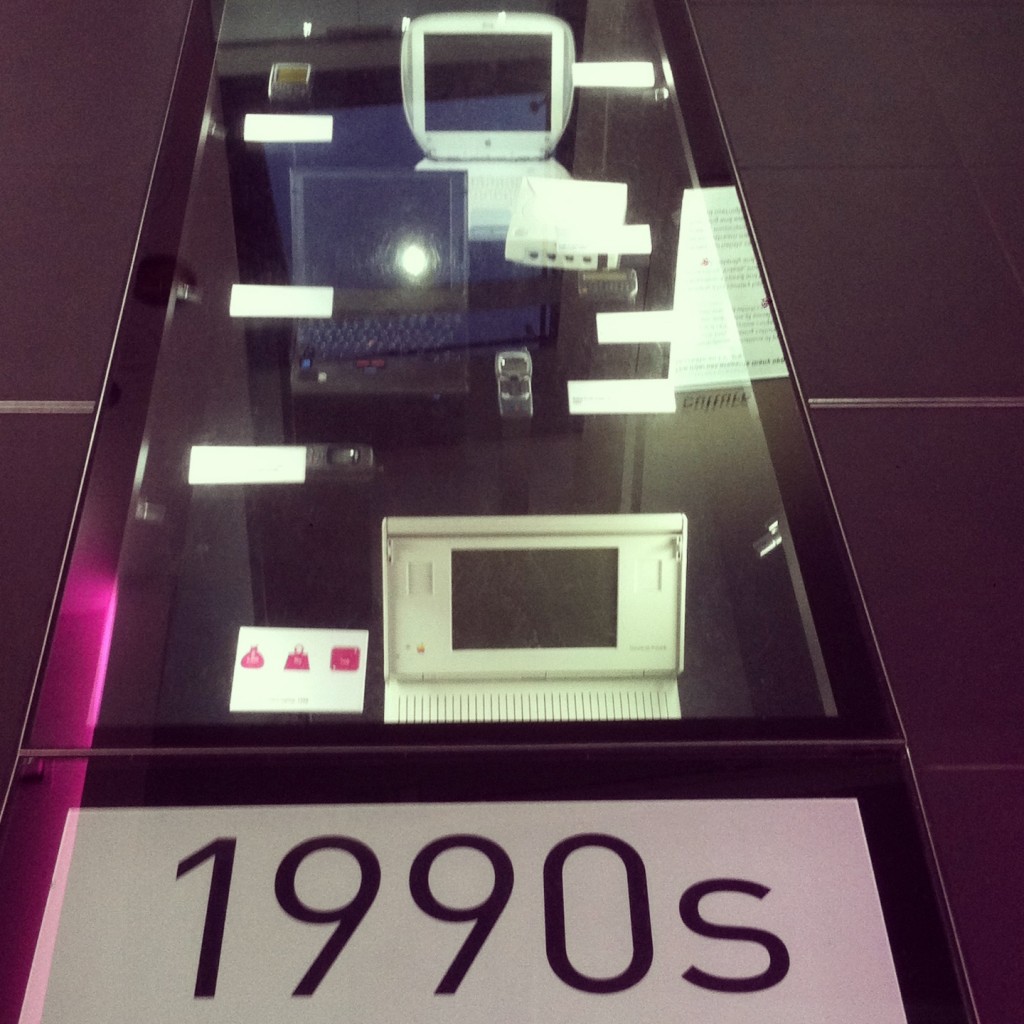 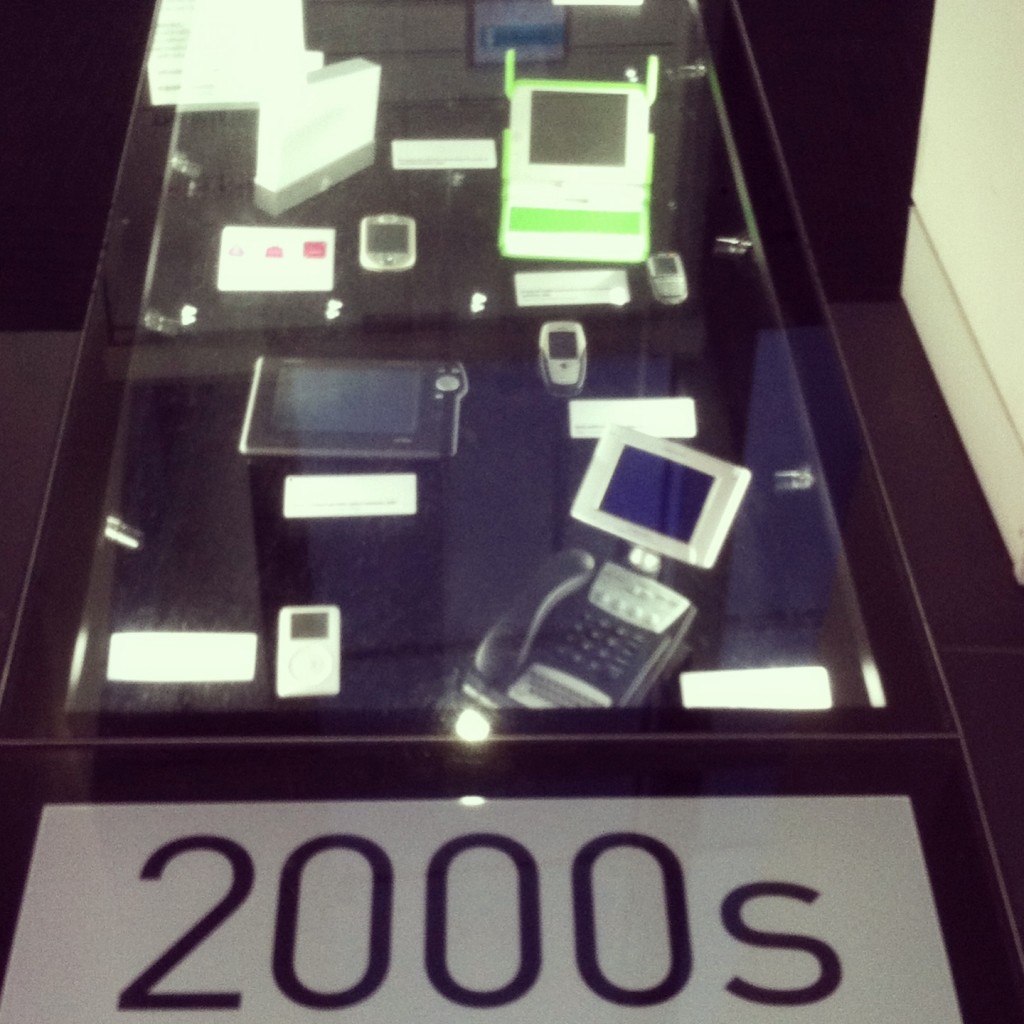 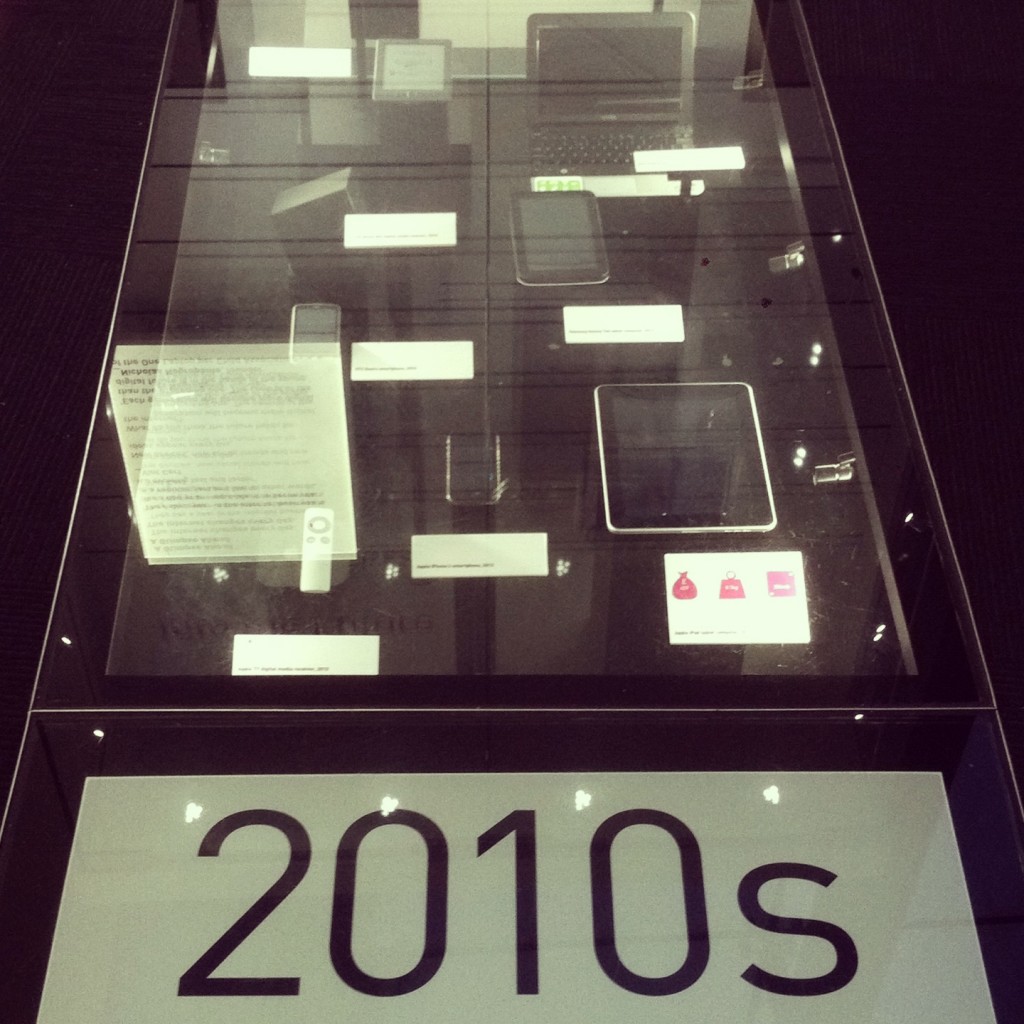 The second exhibit we went to was my favorite. It was a photography exhibit. The photographer documented items from his fathers past through pictures in hope to explain his relationship with his father. When he was young he believed his father was a pirate that sailed the oceans, seeking adventure. As he grew up he realized that his father was a mechanical engineer in a factor. His father made parts out of copper and the more difficult pieces they called copper horses; because they fought the engineer the whole way through. That was the name of the exhibit Copper Horses. The photographer really did an excellent job of making me feel the connection with the father. Unfortunately we were not allowed to take photographs of the photographs. 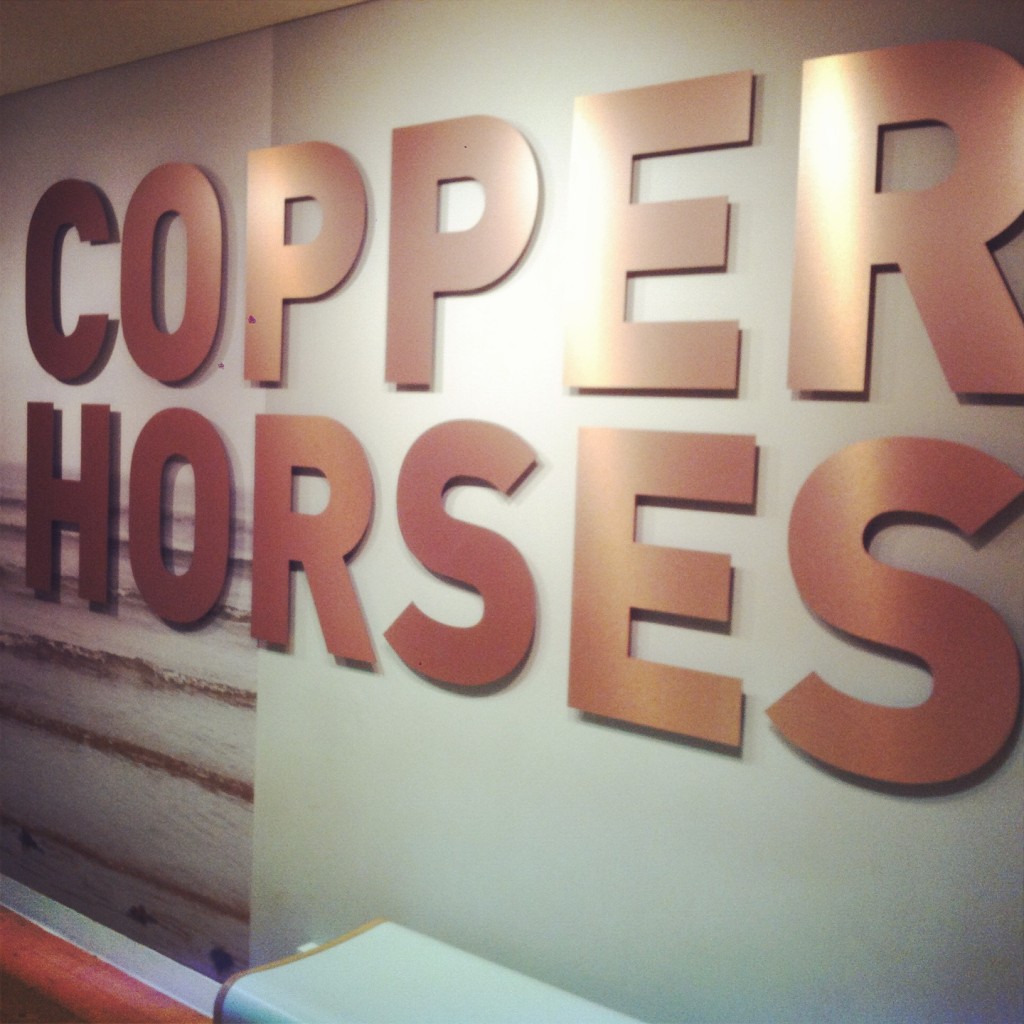 On the 2nd floor of the museum was an exhibit about making television. It had a lot of interactive games to play. One of which was a real tv set where you could follow the directors instructions to create a scene in a show. I got to be the actress. I liked it 😀

Also they had parts of the history of tv, as you would expect in a museum. 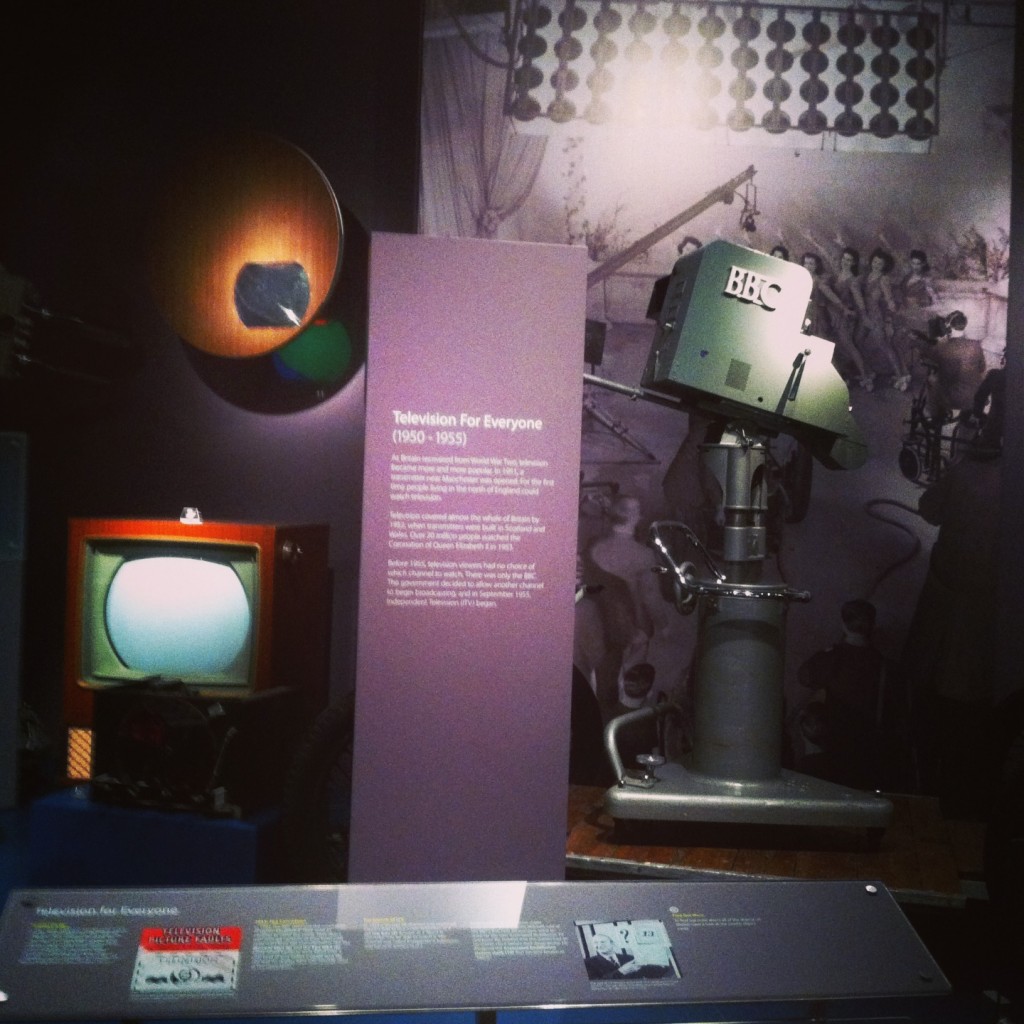 History of the BBC 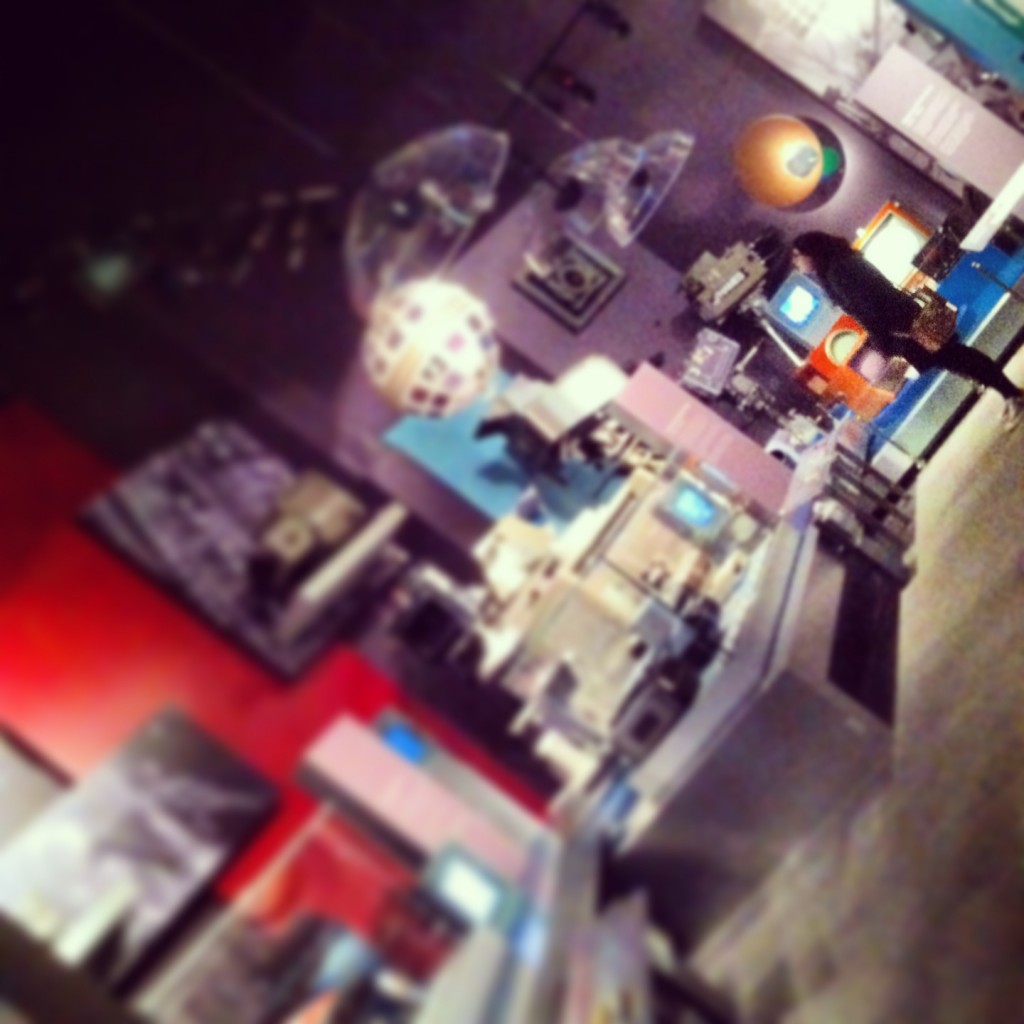 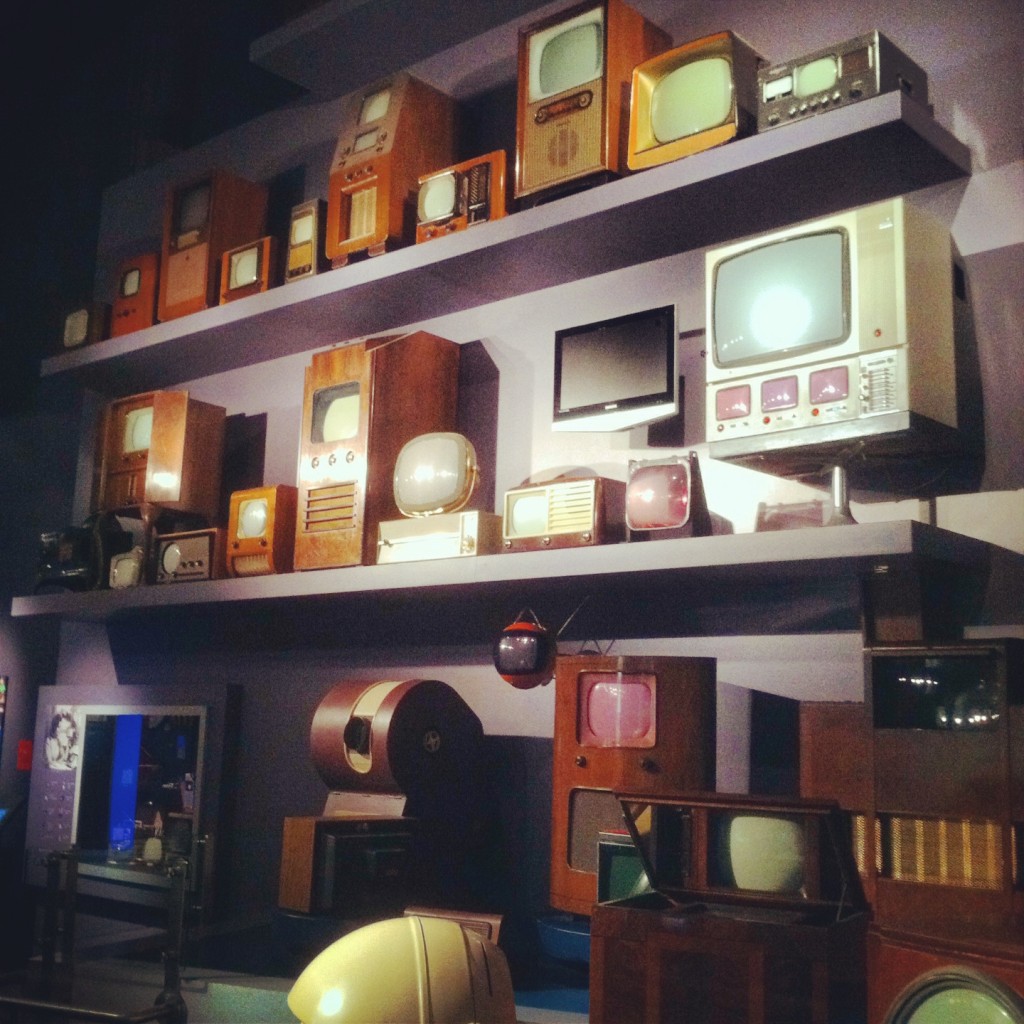 The progression of TV sets

They also had a green screen set up, only here they are blue. There were different backgrouds you could try out while standing in front of the camera. Rob chose to forecast the weather, and I chose to hang out with teletubbies. Unfortunately they ran away too quickly. I tried to chase them, but the problem with blue screens is you are stuck to a single depth in the picture. 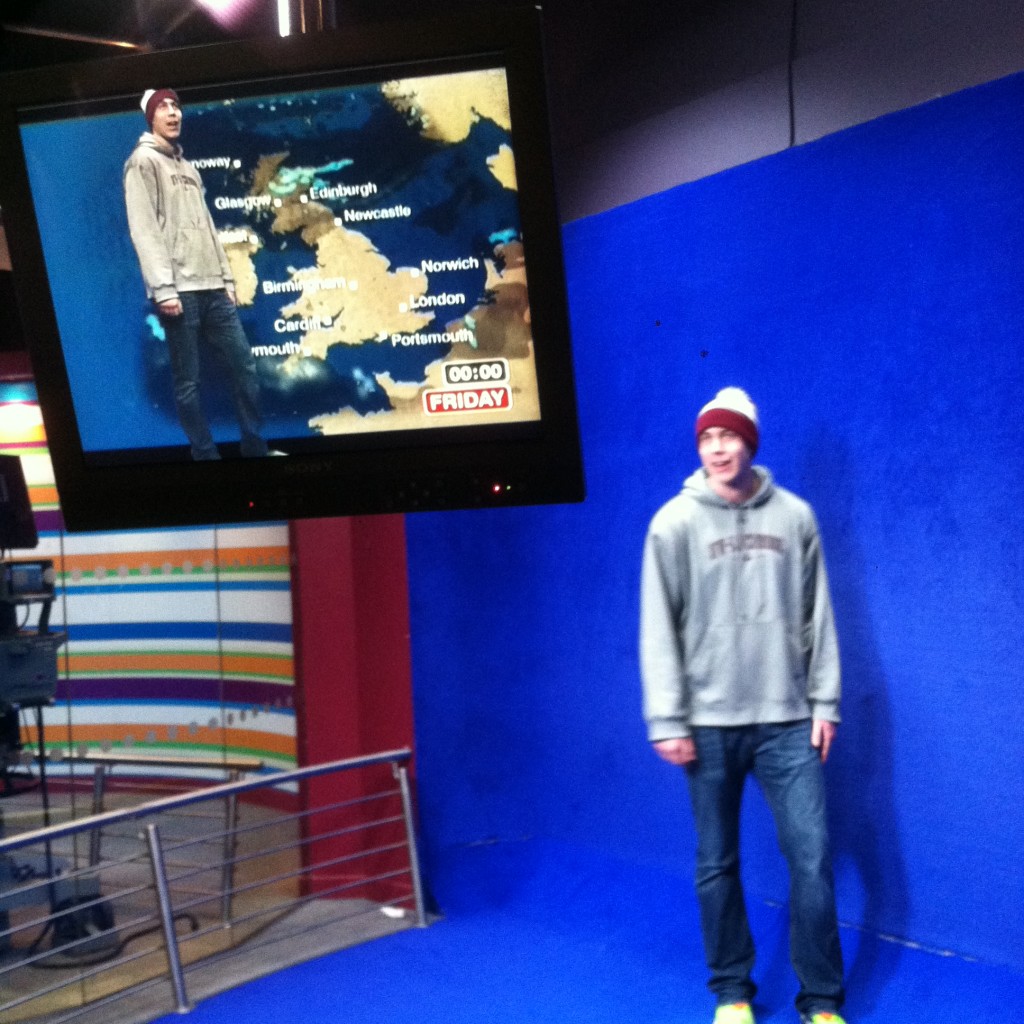 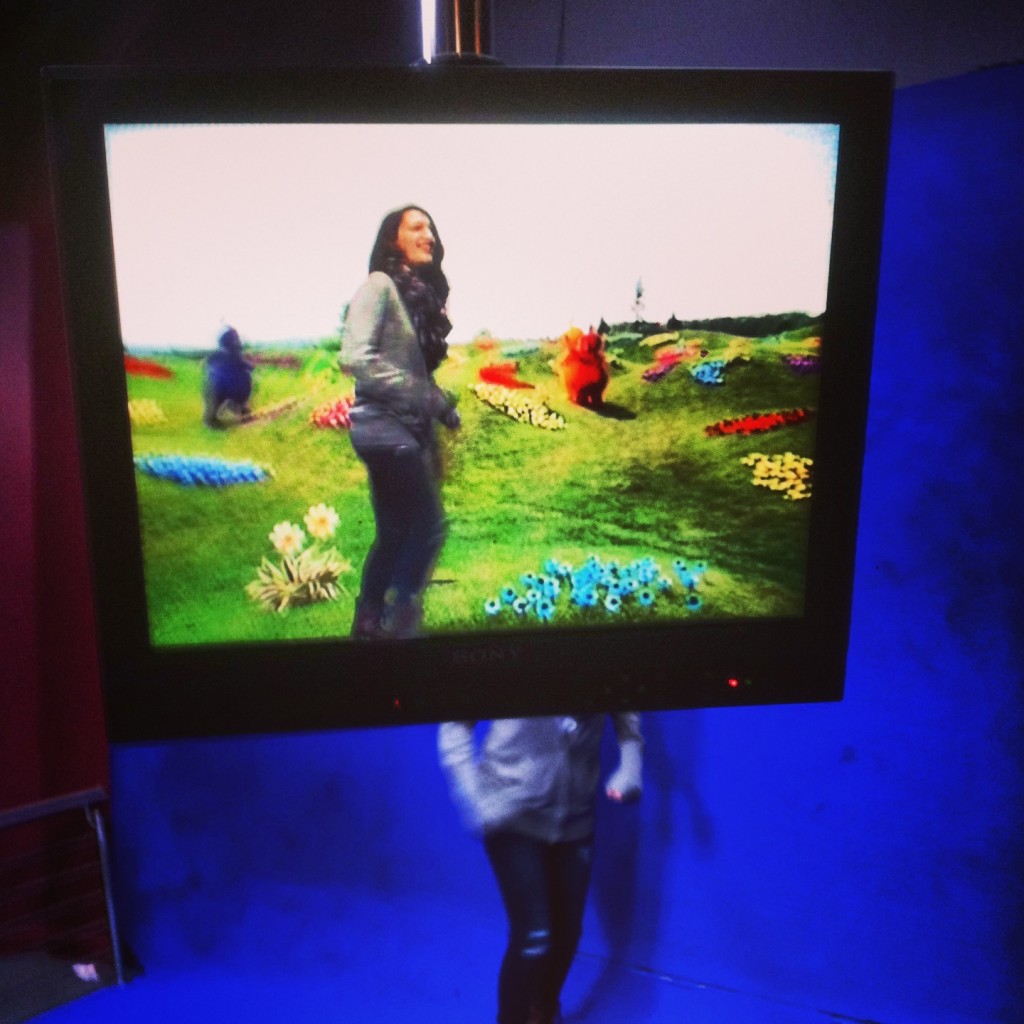 Me trying to catch the Teletubbies

There was also a place where you could record a news cast. I didn’t take part in that, but maybe next time. There is still so much to see there. I will be returning this week, so keep a look out for National Media Museum Part 2